Create an Account - Increase your productivity, customize your experience, and engage in information you care about.

Exhibitions are free and open to the public.

If you are interested in making a purchase or sponsoring an exhibition, please contact Jim Clark at JClark@hopkinsmn.com or 952-548-6489 for further information. 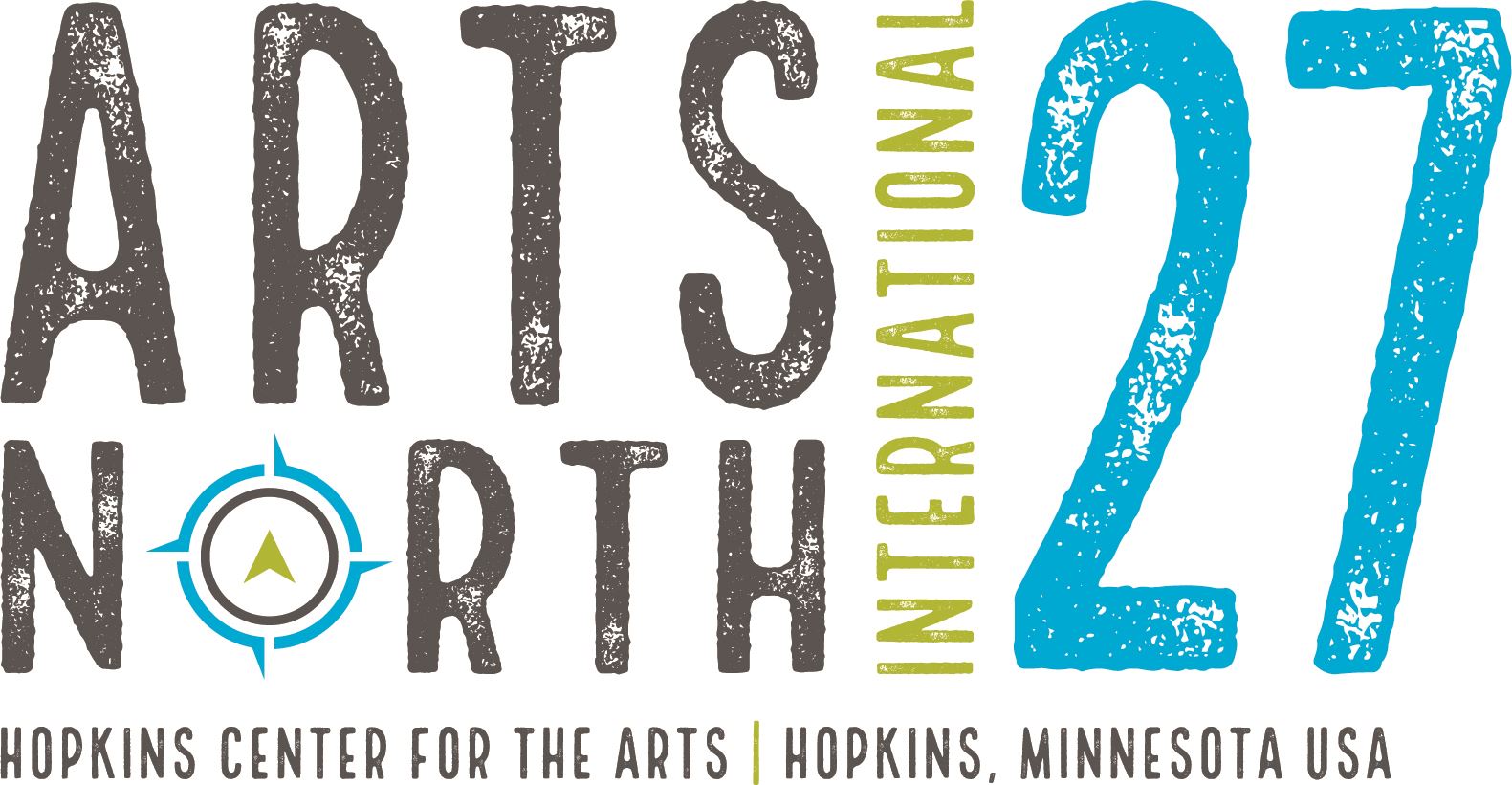 Due to current concerns regarding Covid, we are requiring sign up for the evening reception for the Arts North International 27 exhibition. To reserve a time, please visit Arts North Reception

In its 27th year, this highly competitive international juried exhibition showcases work by artists from throughout the United States and abroad.

The jurors selected 158 works for display out of over 800 entries from 27 states, four provinces of Canada, and China. On view is work from China to Rhode Island, New York to Arizona, and 40 communities of Minnesota from Bemidji to Mankato, Battle Lake to Rush City.

There is a wide range of mediums represented including acrylic, oil, and watercolor paintings, sculptures, fiber, ceramics, photographs, and more.

Susan Hensel received her BFA from University of Michigan in 1972.  She has a history, to date, of well over 200 exhibitions, 35 of them solo, twenty + garnering awards. Most recently, Susan had 2-person and group exhibitions scheduled with the Howard County Art Council, Ellicot, MD, Artistry, Bloomington, MN and the Garrett Museum of Art, Garrett, Indiana. Hensel's artwork is collected nationwide, represented in collecting libraries and museums as disparate as the Museum of Modern Art in New York and The Getty Research Institute with major holdings at Minnesota Center for Book Arts, Baylor University and University of Washington. Her new innovative work that blends commercial embroidery processes with sculptural concerns is gaining attention and awards mainly in the US with inroads into Europe. Susan’s knowledge of materials makes it possible for her to create small to large scale hard edge sculpture from soft fabrics that paradoxically keep their crisp form with minimal armatures. Hensel has curated over eighty exhibitions of emerging and mid-career artists from all over the United States and Canada. Hensel's curatorial work ranges from 2000 to the present. The Susan Hensel Gallery promotes Midwest artist online at Artsy.net.

Curt Pederson is Senior Curator of Historic Properties at the American Swedish Institute, the past 20 years, working with over 100 exhibitions in the US and Europe.  He has developed exhibitions dealing with a variety of mediums and artists, as well as the care of collections at the ASI.

Curt is the Superintendent of the MN State Fair’s “Creative Activities” competition, supervising the entry, judging and display of 5000+ entries from across the state.

John T. Salminen earned his Bachelor’s Degree and Master’s Degree in art from the University of Minnesota. He lives and works in Duluth, Minnesota. John teaches workshops, makes presentations and participates in painting events around the world.

John is the President of the International Masters of Watercolour Association centered in Shanghai China and is a member of top organizations in China and Australia. He is an honorary member of the Jiangsu Watercolor Research Institute in China and the first American ever to be awarded membership in the Australian Watercolour Institute.

John’s work is included in permanent collections in Asia and Europe as well as in numerous private and corporate collections around the world. 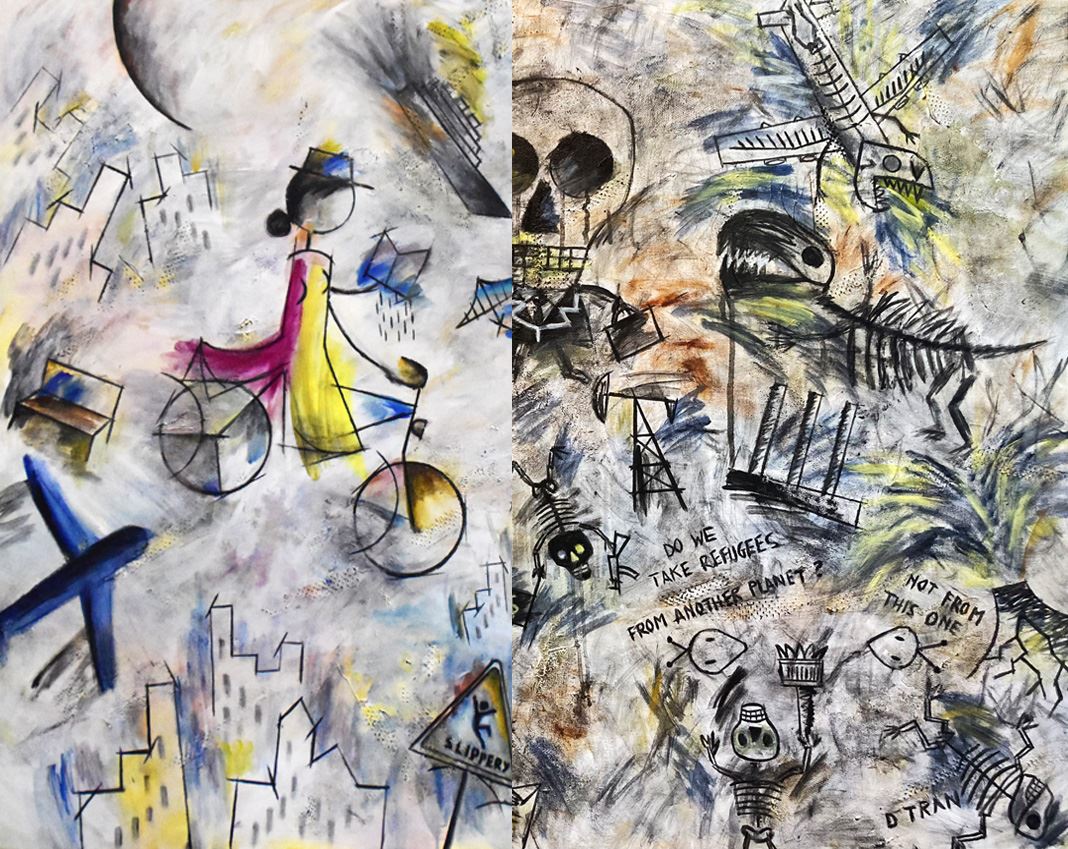 As an immigrant deeply indebted to my adopted country, with no formal  art training, I offer  a fresh look – through the eyes of a child - at socio-political contemporary issues (climate destruction, criminal injustice, human rights, racism) and subjects of eternal human interest  (friendship, love, hope, healing.) My paintings express horror, shock, revulsion, at what we as a community have lost, but also joy, hope, wonder, at what we have collectively found. Occasionally I incorporate naive reflections by alien characters upon our sad conundrums.

Viewers will meet childlike  stick figures, floating urban landscapes, imaginary space, and characters from history, pop culture and contemporary politics telling today’s narratives. To bring about a rich, dreamlike background, I lay down several layers of paint on each canvas, and texture its flat surface with mesh-shaped acrylic paste, or glue on foreign objects to create a rough, 3D illusion of gritty realities. Childlike I disregard the rules of perspectives and proportions, and freely engage in geometric abstraction of forms. I then unleash the power of brushstrokes, line drawing and mark making to tell the story.

I walk a fine line between the primitivism of a Henri Rousseau and the social engagement of the Mexican muralists, the color exuberance of a Matisse and the subconscious action of the Abstract Expressionists.

This exhibition celebrates the abundance of life in rural America, through paintings that focus on the connection grouping animals have with each other and with the land. Rasche aims to capture something true and fundamental about all of us through a close observation of animals and coaxes experiences of comfort, nostalgia, and enhanced sense of connection between the viewer and her subjects.  As a contemporary impressionist painter, her goal is to capture something honest and universal, prioritizing gesture and emotion over detail. All of the paintings in this exhibit have strong brush and pallet knife marks, expressing a love of the materials and process as well as of the subject matter. 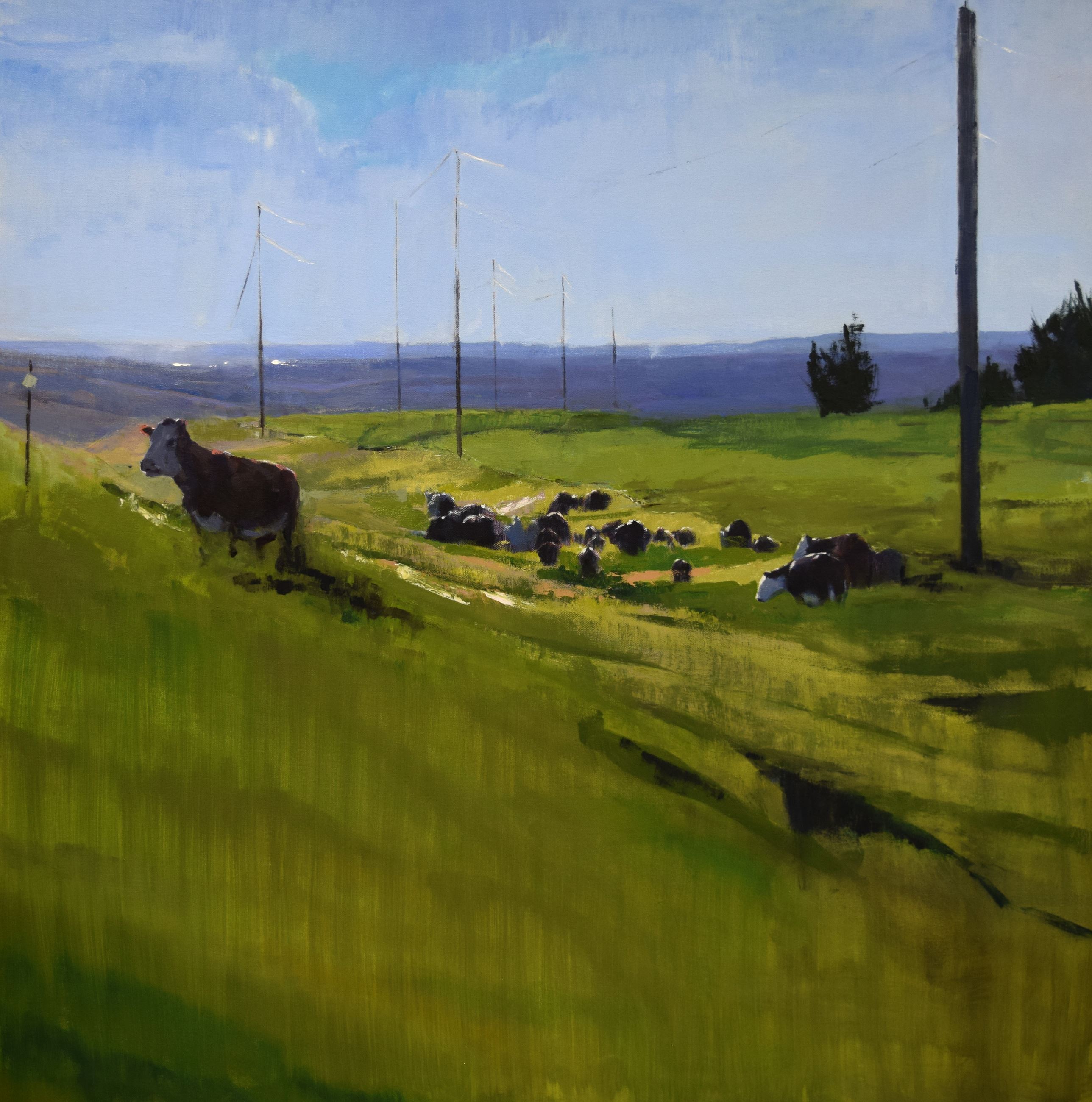 Annual spring show of work by Friends of the Hopkins Center for the Arts member artists. For information about submitting work to this show, please visit Spring Member Show. Not yet a member? Find out about membership and all of the benefits at become a member.